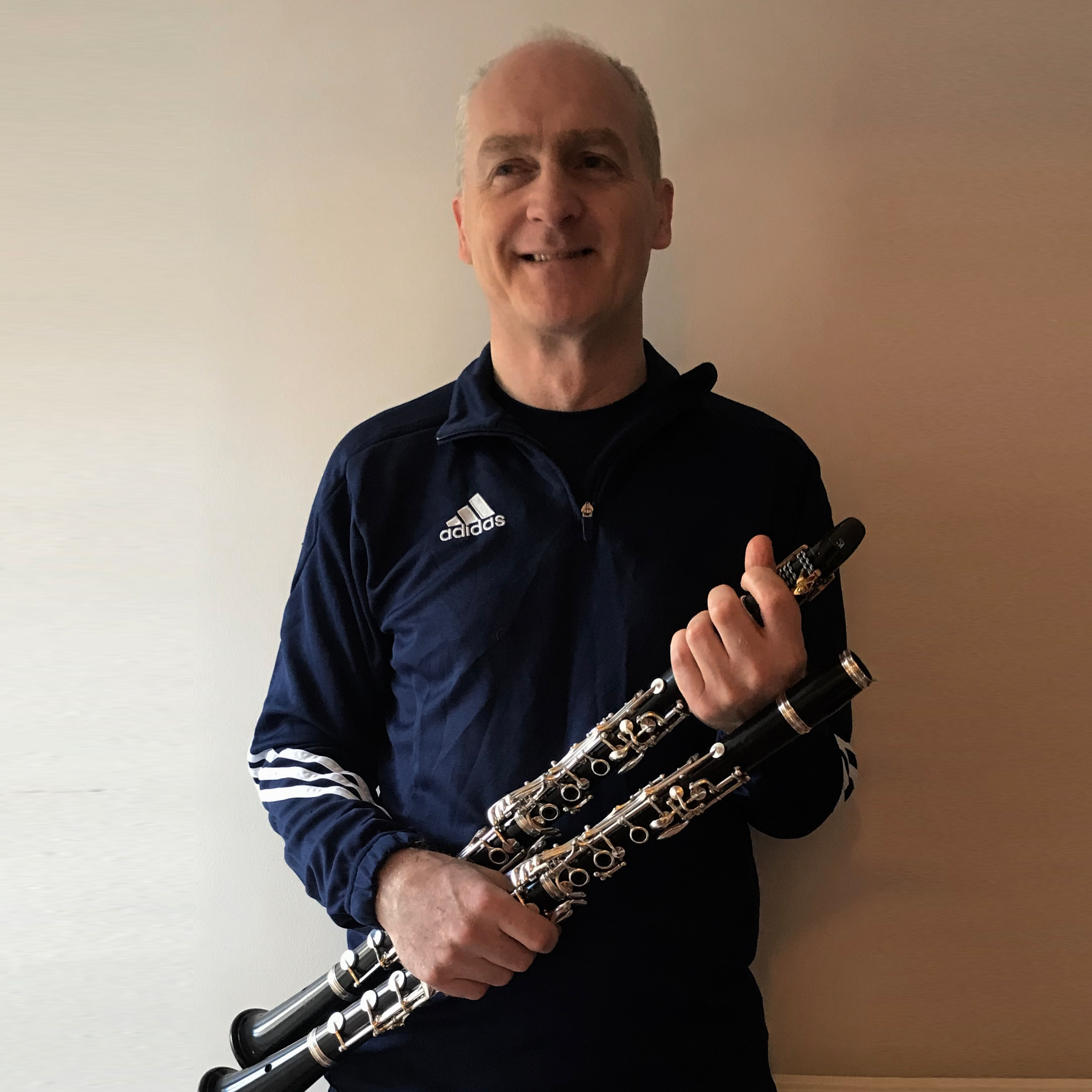 Kevin Hurst is based in Budleigh Salterton.
He teaches the piano at Queen’s College, Taunton, and teaches advanced pupils on piano and clarinet privately, including working with Royal Marines band players. He has been a civil servant, computer programmer, chess and tennis coach.

Kevin has a degree in music from the University of York and completed a one year post-graduate course at the Royal Northern College of Music where he studied advanced performance funded by a Countess of Munster Scholarship. He also has the ALCM diploma.

Kevin enjoys a career as a professional clarinettist, and has given highly-acclaimed recitals nationwide and abroad. The International Clarinet Association Journal has described his playing as possessing ‘beautiful tone and technical authority’. He recently served as a juror for the Wurlitzer German online international competition for young clarinet players.