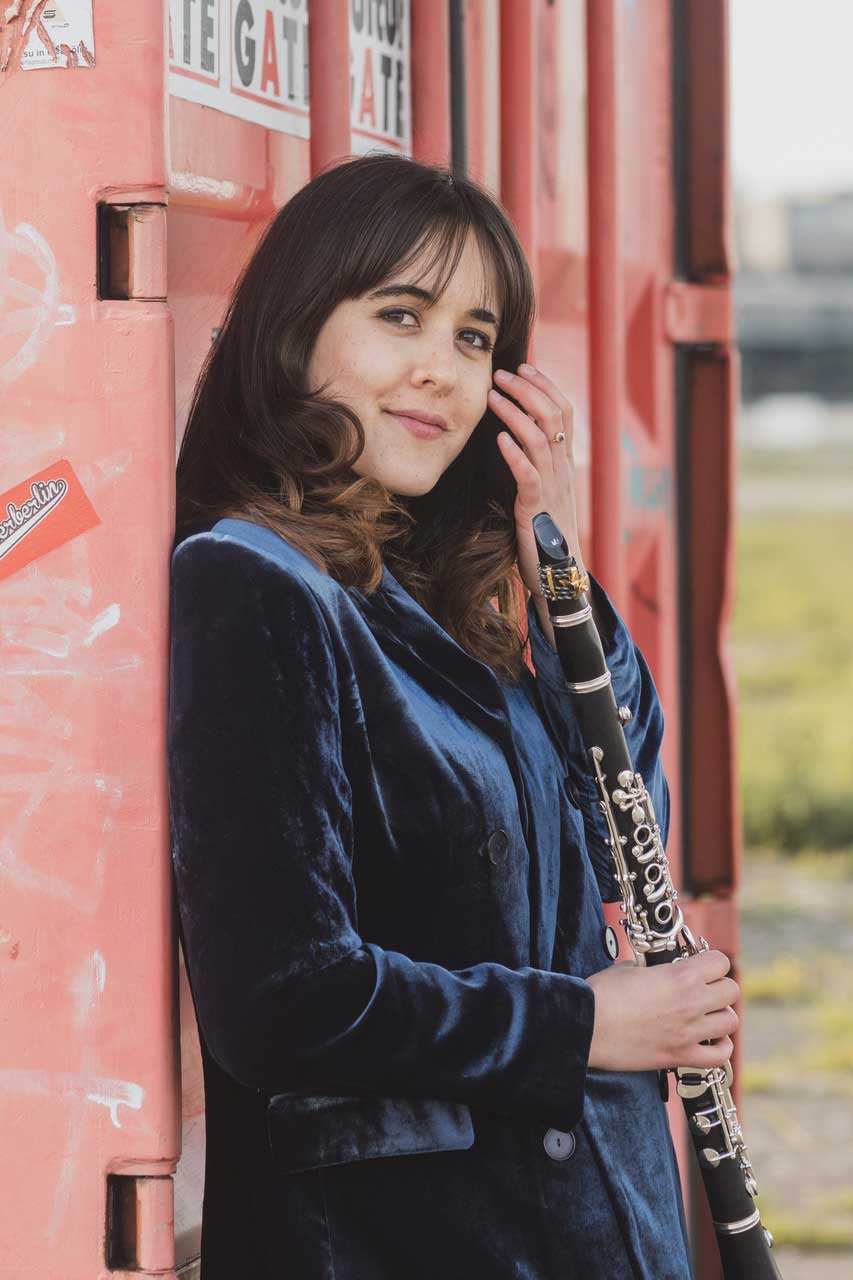 Liana Leßmann, born in 1994, is a clarinettist in demand as a soloist, chamber and orchestral musician and has already performed on numerous international stages in Europe, Japan and China. Highlights were concerts at the Berlin Philharmonie, the Suntory Hall Tokyo, the Teatro Comunale Luciano Pavarotti Modena and the Zhejiang Concert Hall Hangzhou. As a soloist, Liana has performed the clarinet concertos by Weber, Mozart and John Adams’ “Gnarly Buttons” with orchestras such as the Hannover Chamber Orchestra, the Anhalt Philharmonic Orchestra Dessau and the Heidelberg Symphony Orchestra.
As a scholarship holder of the Karajan Academy of the Berlin Philharmonic, Liana performed in concerts of the Berlin Philharmonic for two years and was supported and taught by the members of the orchestra.
Liana has received international festival invitations from the Pacific Music Festival in Japan, the Krzyzowa Music Festival in Poland and the IMPULS Festival for New Music, among others. Since 2016 she has been a permanent member of the chamber orchestra ensemble reflektor.
In 2018, she co-founded the wind quintet “Pacific Quintet”, which emerged from the Pacific Music Festival. In 2019, the Pacific Quintet won 2nd prize at the “Carl Nielsen International Chamber Music Competition”.
Liana received further honours in the “Jugend musiziert” competition, as well as 1st prize in the “Lions Music Competition” in the Northern District. In 2019, Liana was awarded the “Ruhr Prize for Art and Science” by the city of Mülheim an der Ruhr.
In addition to her piano training, Liana Leßmann studied clarinet at the age of 16 as a junior student at the Folkwang University of the Arts Essen with Andreas Merten. After her Abitur in Mülheim an der Ruhr, she continued her studies at the Musikhochschule Lübeck with Sabine Meyer and at the Universität der Künste Berlin with François Benda. Romain Guyot taught her during her Erasmus studies at the Haute école de musique de Genève. Since 2020 she has been studying with her Pacific Quintet in the chamber music master’s programme at the Hanns Eisler Academy of Music with Martin Spangenberg.
With her ensemble Pacific Quintet, Liana was awarded 1st prize in the “Ton & Erklärung” competition in 2021. The special prize of the Kulturkreis der deutschen Wirtschaft im BDI e.V. is aimed at outstanding young chamber music ensembles that distinguish themselves through musical excellence as well as convincing music communication.
From February 2022, Liana will play as deputy principal clarinettist with the Düsseldorf Symphony Orchestra.